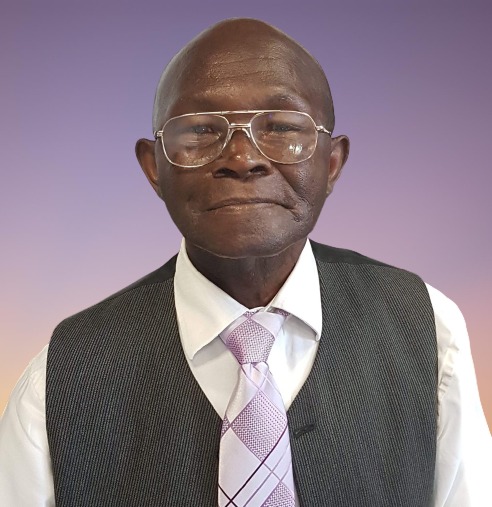 Oliver Brown's death at the Doncaster Royal Infirmary (DRI) on the 12th of May 2022 has left a large hole in Doncaster Seventh-day Adventist Church for many reasons, not least because he was one of the founding members of the church. It was a privilege to have met Oliver, whose vision for the church was providential. Oliver died an octogenarian, with his family by his side, a few days after celebrating his 84th birthday. He was a husband, father, grandfather and friend. But for me, Oliver was the architect of the church at Doncaster.

Oliver, born in Jamaica, hailed from Portland; a parish on Jamaica's northeast coast. He would have been 12 years old when on the 22nd of June 1948, the first Caribbean migrants arrived in the UK on the SS Empire Windrush at Tilbury Docks in Essex, their first stop before travelling towards London. This was just the beginning of what would result in many people from British Commonwealth countries travelling to the UK between 1948 and 1971, encouraged by the 1948 British Nationality Act that granted citizenship and right of abode to all members of the British Empire. Oliver migrated to the UK in 1960 as a highly skilled worker in the construction industry. On his arrival in the UK, Oliver settled in Doncaster and until his recent retirement, he worked in the building sector, specialising in scaffolding. At this time, Oliver's life as a true Doncasterian began in earnest as he would become the one on whom God would call to be the bearer of the vision for Doncaster Seventh-day Adventist Church.

Oliver settled in the Bentley, north of Doncaster. He made himself known to other residents in his area, mostly by sharing his pumpkin soup. He also socialised with many friends at the Bentley West End Sports and Social club, a 'members only' social club. To get but a glimpse of Oliver's standing among the club members, I interviewed several members on the day of his funeral during the wake, which was held on the premises. Reginald Williams met Oliver at the club within a few years of his own arrival in the UK in 1957. They became friends thanks to their love for dominoes, one of the great Caribbean exports. Another friend and member, Cliff Allen, recalls their good times together.

David Marsden, Club Secretary and Bar Manager at West End, who was serving the clients before granting me a sit-down interview, confirmed that Oliver was well known in this unique club in Bentley, which is over 100 years old. "At West End, everybody knows everybody", quipped David. They are now a diverse club, but admission to membership is still invite-only; one must be nominated by two current members, complete an application form and pay a minimal fee. It was a fitting tribute that Oliver's wake was celebrated in the West End club where his roots lay. The Caribbean theme was complete when guests were treated to a selection of gospel reggae played by Doncaster's legendary DJ Chappy Williams of Chapy Discos. Oliver and the church

Oliver's main legacy is his spiritual vision. His single-mindedness was a blessing when it came to the origins of the Doncaster church. While the original group of Adventists were meeting at a school for their services, Oliver saw the urgent need for them to have their own building. Identifying a piece of land, which housed a disused garage, Oliver saw something that maybe no one else saw. He put his faith to the test by purchasing that disused plot of land to build a house for His God. Mr Prescott, who owned this land, sold it at less than the going rate knowing that they would build a church on it.

The faithful members at the time embarked on a fundraising campaign, using every avenue available to raise sufficient funds to begin the project, including concerts, 'buy a brick' promotion and donations. As for Oliver, he went back to his roots and involved his friends at the West End club to donate generously to the fund. "He put a lot of effort in collecting money to build the church", said Reginald, as he recalls Oliver's enthusiasm for the project. He housed a collection box at the club so that no one would have an excuse for not being involved. The Rotherham Seventh-day church also made a financial donation in a spirit of solidarity.

Oliver engaged the services of Andrew Coen, a local builder, who demolished the garage, flattened the site and started to build the church, which was completed in 2001. The founding members signed a declaration statement that still hangs on the church's walls today. The members' joy was complete as they no longer had to meet at various locations – a school, library or the Bentley Methodist church. Instead, they now had their own building to worship God.

One can see how this church building was providential, for it was built to house at least one hundred members even though the members were under ten at the time. Within months, an influx of Adventists, mainly from Southern Africa, would come to be part of this congregation. Over the last few years, the church membership has reached a century.

After Oliver finally realised the dream of a local church building, he was content to serve the church as the head deacon, showing his love for service. One day I met Oliver in the antenatal ward when he visited my expectant wife one whole afternoon. In that single visit, he taught me the anatomy of spiritual visitation. Oliver served under several pastors: John Hines, Ron Edwards, Des Rafferty, Victor Marshall, Lloyd Lambert, Derek Simon and Carlton Douglas. He loved hymns, although he was not known for his singing. He once told me that his favourite hymn was John Scriven's "What a Friend We Have in Jesus". He always had his favourite seat in church, on the second row on the left. 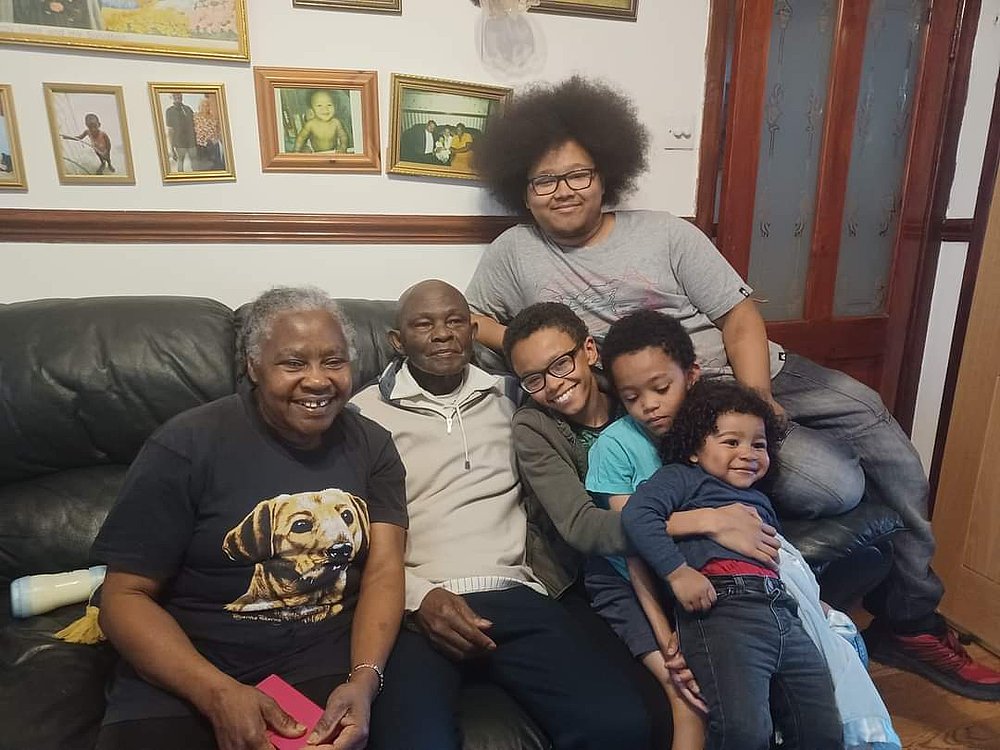 Oliver and his family

Oliver was the second born in a family of four boys, his elder brother Naman Chappy and younger bothers Tim and Eddie. He is now only survived by his youngest sibling Eddie, who is a mirror image of the late Oliver. I learned more about Oliver when Lisa, Eddie's daughter, recalled fond memories of her uncle as I sat at her table, reminiscing his life.

Oliver was an octogenarian, outliving the three score and ten landmark by nearly a decade and a half. Oliver is survived by his wife Esmena, 4 children and 13 grandchildren and 2 great-grandchildren. He was known for preparing and serving delicious pumpkin soup, and a casual visit to his home would be met with a serving of his favourite soup recipe. Many attempts to get the recipe fell on deaf ears as, in his own words, "I can tell you the recipe, but I would have to kill you".

Oliver and his hobbies

Oliver's main hobby was spending time gardening at the allotment. He had a great wealth of gardening knowledge, from sowing seeds to cultivating and harvesting crops. His favourite was pumpkin, for he loved pumpkin soup.

I was privileged to see his work outside his conservatory unit, with pumpkin plants being carefully grown before transfer to his allotment. Sister Purnell Muir, one of the members of Sheffield Burngreave Seventh-day Adventist Church who supported the early church at Doncaster, recounted many occasions in which Oliver took his produce to the Adventist members in Sheffield. Purnell told me of the remarkable qualities she saw in Oliver: respect, loving, kindliness and caring.

Elder Elijah Chidongo, a close family friend to Oliver, shared his memories with me, "Oliver was a man who loved fast, high-powered cars and dancing. He continued to enjoy dancing even when attending the Day Centre later in his life. Oliver also loved to pray, especially after planting at the allotment for God to do the rest. His reliance on God was there for all to see." 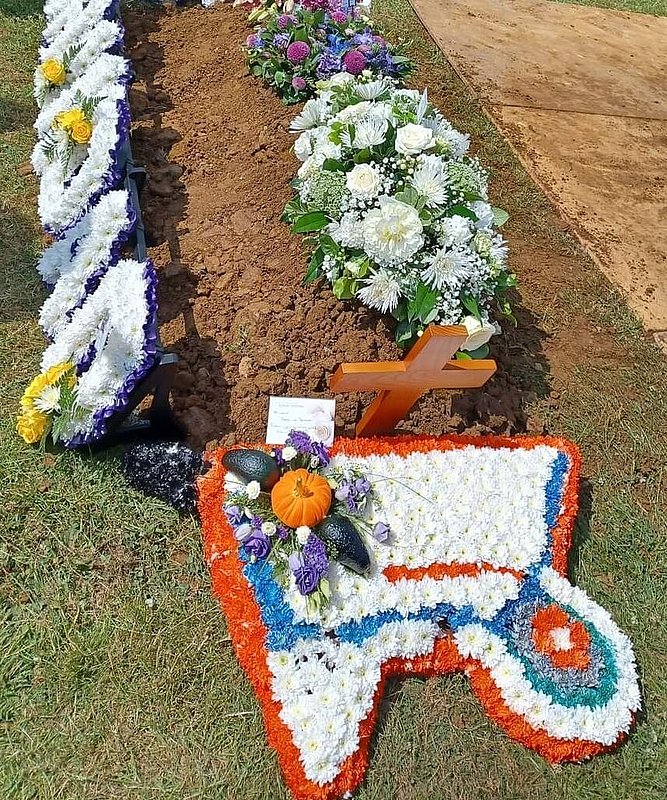 On Sabbath the 18th of June 2022, a bereavement/memorial service was held at Doncaster Seventh-day Adventist Church to praise God for everything Oliver stood for. Video messages from former ministers were shown. Local singing groups and the resident church choir sang to the glory of God.

A few days later, Oliver was laid to his rest on Wednesday, the 22nd of June 2022. Pastor Ian Sweeney, Field Secretary at the Trans European Division office, who had known Oliver and his family from his early ministerial appointment in the pastoral district of Leeds and Sheffield, conducted Oliver's funeral service. He reminded the bereaved family that everyone is precious in the eyes of the Lord and that Oliver's death is only but a sleep until the resurrection morning. He encouraged everyone to look at everything through God's eyes. God sent his Son to die for us to live again eternally. He challenged the mourners to hold on to the blessed hope of the coming King.

Lomafu Mkwananzi and the Doncaster church choir led the music at the church and graveside. The late Oliver was laid to rest at Arksey's new cemetery in the historic village of Arksey. The village, whose rich history dates to at least 1086, lies approximately 3 miles northeast of Doncaster. It is poignant to note that the wreaths and flowers at the graveside embodied the person that was Oliver. One such wreath was admixed with a few pumpkins and avocados, drawing us to remember Oliver's favourite pumpkin soup.

Every year on the 22nd of June, the UK celebrates the British Caribbean communities, and acknowledges the sacrifices and contributions the Windrush generation (and their descendants) have made to British society. It is befitting that Oliver's services to the local church are part of that celebration. Oliver epitomised this spirit in a way that can only be described as community-building. He was not only content with posting leaflets through the doors – as any Adventist would do as part of witnessing to the community – but he also walked the same streets sharing his pumpkin soup, and other food items, with his neighbours.

Oliver indeed followed Christ's method alone, which gives true success in reaching out to the people. Like His Saviour, Oliver mingled with people as one who desired their good. He showed sympathy for them, ministered to their needs, and won their confidence. Then He invited them, "Follow My Saviour" (adapted from Ministry of Healing, page 734).

Oliver's legacy is not just the church building he passionately championed and helped build, but also his vision to be a torchbearer in his local community. Oliver Brown has left a legacy many of us can only dream of. I have and always will admire Oliver and his love for God and man. All of us will truly miss him.

Dr Mandela Thyoka has known Oliver and his family since moving to Doncaster in 2007.