'We believe' was the heartbeat of the BUC Core of Adventism2022 as the much-appreciated annual event returned from 7 to 14 May. It was a genuinely hybrid affair with attendees gathering both online and in-person for an experience that affirmed their faith in Christ, our "essential" beliefs, the work of organisations and the ministry of the Seventh-day Adventist Church. The event took place every evening throughout the week and twice on Sabbaths. It offered a spiritual banquet of intercessory prayers, praise sessions, musical items, stories, sermons and ministry updates, organised by British Union Conference (BUC) Personal Ministries and Sabbath School Director, Pastor Kirk Thomas. The event culminated in baptismal services at two sites across London.

Here is a taste of the feast provided by the various segments.

On Sabbath mornings, we were treated to captivating Sabbath Schools led by Pastor Thomas on the book of Genesis. 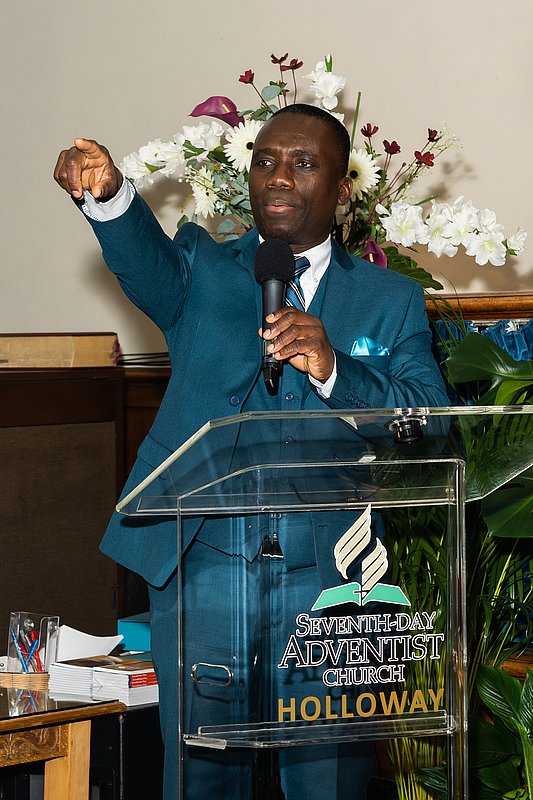 In his message, BUC President, Pastor Eglan Brooks, encouraged attendees to "tell someone" about "God's willingness to save" with an awareness of "what God can do through us", to evaluate who we are and what we believe, in anticipation of the Second Coming of Jesus.

Pastor Sweeney, Field Secretary of the Trans-European Division and former BUC President brought home the reality of the Second Coming by describing how the loss of life of those who reject God will be greater than even the most renowned earthquakes. However, he pointed out that an earthquake will occur at the Resurrection, causing the earth to yield the dead so angels may gather God's people and the loved ones we have lost (Revelation 16). "Are you ready to meet Him?  …Is your neighbour ready? Let's be ready and ensure others are ready too."

Pastor Mohan Abbadasari spoke about stewardship in his Sabbath evening message, explaining that our use of resources reflects on how we relate to God and our preparedness for His coming, adding that "until we are different and unique, we are going nowhere."

On Sunday, Pastor Joseph Philpott, North England Conference Communications Director, quoted numerous scriptures as he spoke on the Law of God, stating that "the path to God is paved by grace." He encouraged everyone to be a "chain" that links others to a God who gives us a life "filled with joy" and "meaning" and to value being with God more than the blessings He provides.

In the sermon for Monday on 'Salvation', Pastor Adriana Fodor, Welsh Mission Evangelism Sponsor, described the Cross as the "everlasting evidence" that God loves the world. She personalised the well-known verse John 3:16, so "you and I" were the clear subjects of God's love and redemption. She poignantly reflected on the many people passing us by for whom "something is missing in their lives."

Dr Stephen Currow, the newly appointed Principal of Newbold College, addressed the theme of 'Spiritual Gifts' on Tuesday. Based on the passage 1 Corinthians 12-14, he outlined different gifts and stated that they are "not about making me great again but making God look great."  He spoke of the need for the Spirit of God to control church life. He observed: "Only the mature people…can value diversity while building community… To an immature person, diversity threatens who they are…"

On Wednesday, Pastor Sophia Peart spoke on our need for intimate, transparent dialogues with God. Using King David's prayer of repentance (Psalm 51) as an example, she outlined how David asked for grace based on His mercy, confessed and acknowledged who God is in prayer while seeing himself for who he was.

Pastor Dan Serb, President of the Irish Mission, delivered Thursday's sermon on 'Our Eternal Home', based on work from his website www.believabletalks.com. He stated that "We are saved for a life in the presence of God" in heaven "filled with joy" and "pleasures that never end" (Gen 3:8-9, Psalm 16:11 and Revelation 21:3). He added, "Our future with Christ is one of limitless possibilities."

On Friday, Pastor Vili Costescu, Wimbledon church pastor and co-originator of 'the Sabbath Sofa' project, made connections to the Sabbath personal. He made intriguing references to God's promise to write His law in our hearts (Jeremiah 31:33) and our biological makeup. Costescu shared a poignant story of growing up as a teenager under Communist rule in Romania when despite religious oppression, he stopped attending school on Sabbaths. On the day of his exam results, he expected to be punished with grades preventing his graduation, but he achieved the highest grade of all. 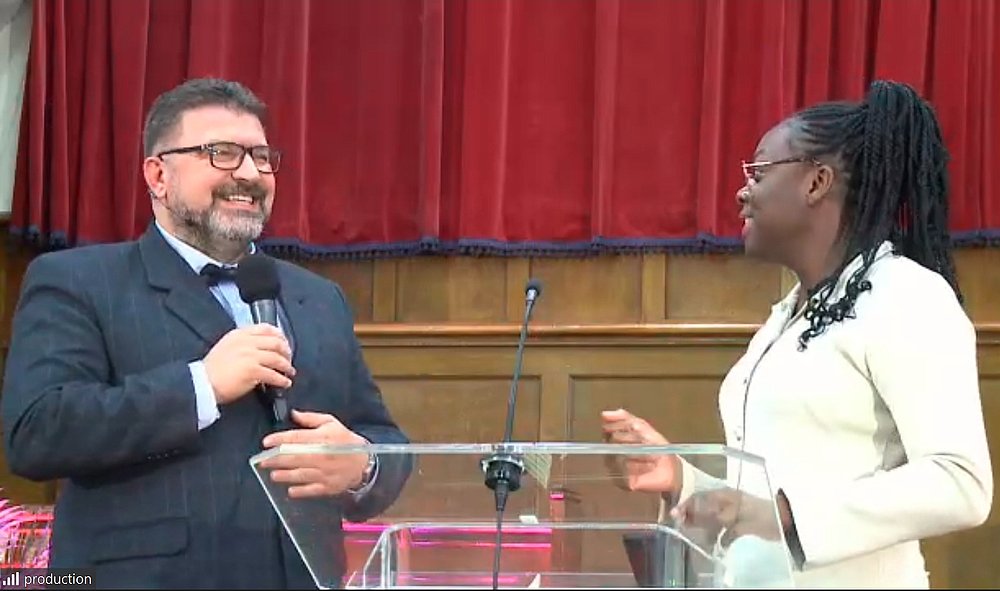 On the concluding Sabbath morning, Holloway members were happy to see their former intern, Pastor Warren Gillin, return as a fully-fledged pastor. Speaking on 'Christian Living', he reflected on how love is often mistaken as a message more straightforward than it is, but living by it challenges us because it sometimes requires doing things we don't want to. 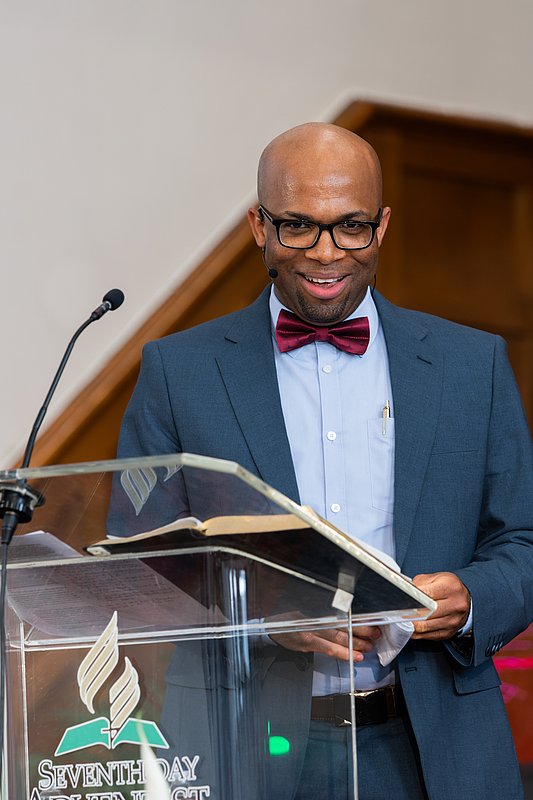 The daily services were bookended by the children's story experience at the beginning and the 'Prayer Afterglow', special times of intercessory prayer at the end. Each story was specially composed and delivered online from Scotland by Pastor (or 'Aunty') Ivana Mendez, who was met by eager interaction from children on key themes. Danelle Cuffie also presented a lively children's story. Pastor Thomas, Bible Worker Sindi Mabena, Pastor Harrison Mburani and Pastor Rory Mendez remained online to lead prayers for attendees' requests during the Prayer Afterglow. "I don't want to go!" remarked one attendee as people lingered online afterwards.

This year, a new addition to the line-up was a segment Thomas entitled 'Poetic Bliss', presented by Poetess Anthea Davis Barclay. The spoken word brought concepts together in ways that inspired and challenged people to grow in their relationship with God and aspire to heaven. 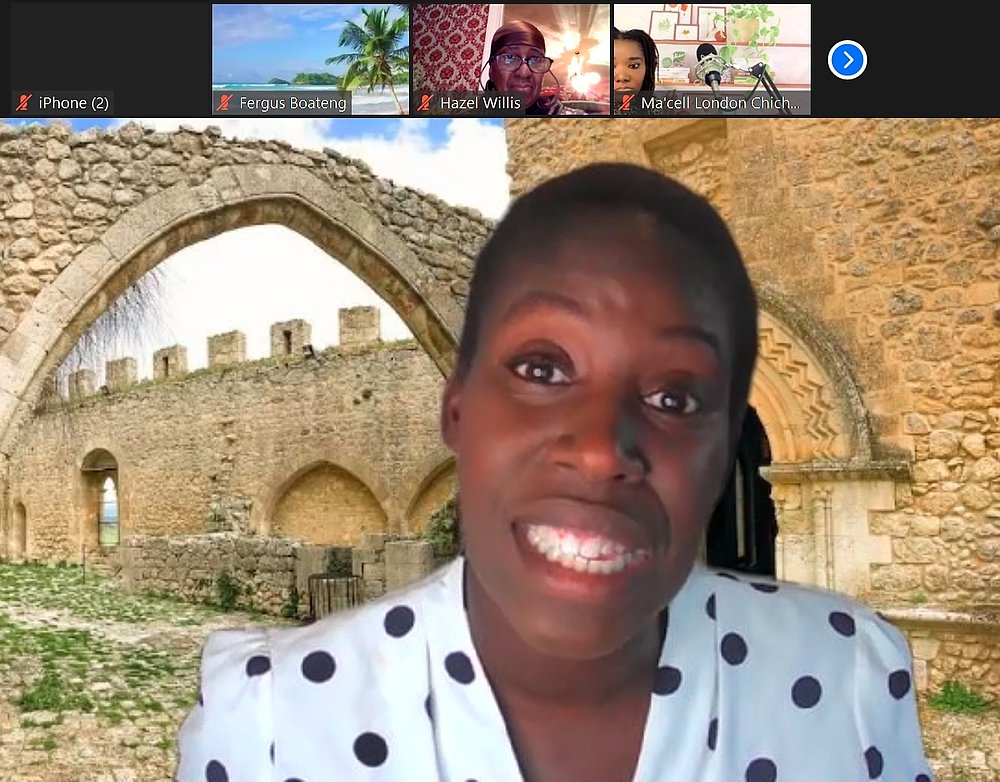 Pastor Moore described the heartfelt worship led by the praise team as "ushering you into the presence of God." There was undoubtedly a rich palette of music. Attendees were also stirred by the melodious musical ministries of Camilla Bran via soothing videos, Michicka Mullings and Ma'cell London, who sang live from the USA, making the sacrifice of contending with a 5-hour time difference. There were also two stirring versions of the theme song 'We Believe' by singer Nealsen Mirk with violinist Okantan Ayeh and renowned singer Paul Lee, (ARL) Radio Manager and Assistant to the President.

Attendees and presenters participated both in-person and online internationally from various places such as the UK, County Armagh in Northern Ireland, Barbados, Nigeria, Jamaica, Guyana, Trinidad and Tobago, Scotland, New York, Alabama and Miami, USA. The livestreamed event via the SEC, BUC and Holloway YouTube channels recorded over 50,000 viewings.

The event, widely known as a meaningful spiritual experience, did not disappoint. Intercessor Pastor Anthony Opoku-Mensah referred to it as a "healing...movement of the Spirit."

"What a timely, relevant and 21-century interpretation and contextualisation of the core scriptures of Adventist beliefs," remarked Jewel from Greenwich church. "…To me, the nightly Prayer Afterglow was the A** extra that brought us together as one beating heart. Praise the Lord!"

Then we all witnessed four precious souls give their lives to Him in baptisms at Wimbledon and Holloway churches. Candidates shared stories revealing remarkable resilience and God's goodness despite obstacles and multiple bereavements, impressing those present with this exceptional commitment. 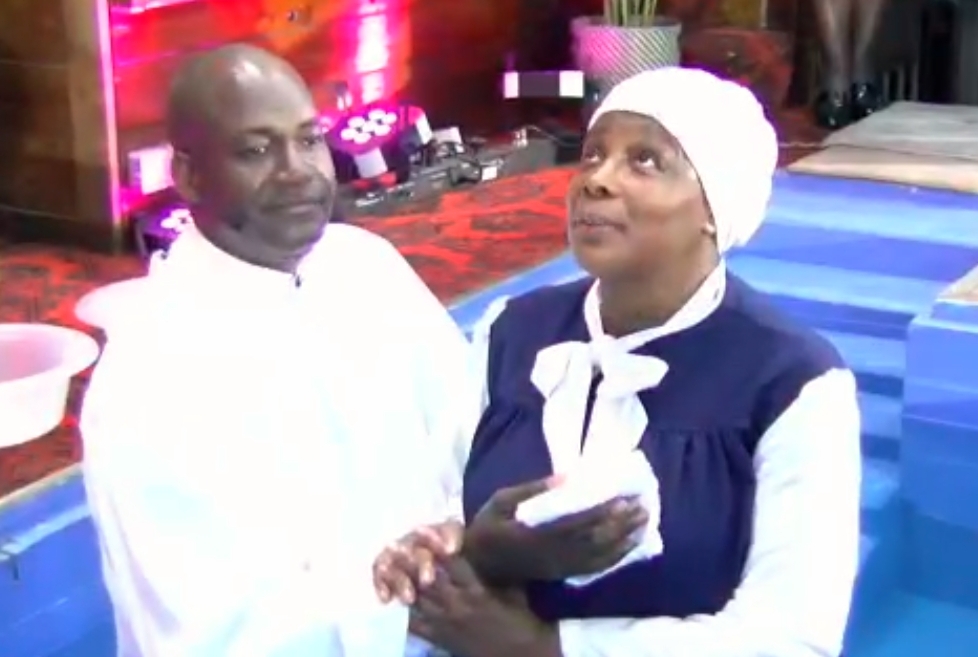 Michel Erica Bowen said: "This has been a long time coming. I was always running away. God kept me."  A final surprise was as overjoyed, newly-baptised Michelle closed the programme with an incredible musical item. Thomas called this an example of what can happen when we "leave room for the Holy Spirit of God to move."

As Mendez remarked, in times to come, people will be able to fondly say, "I was at the Core of Adventism 2022."