Dr Edmund Chan has been running the Great North Run (GNR) half-marathon since 2002. The GP who is a member of the South Shields church has amassed a lot of medals along this journey.

On 12 September 2021, Ed, as he is fondly called, set out on a 13.1-mile run cheered on by his family (his wife Juliana and children) and friends. Ed completed the GNR in a time of 2 hours 8 minutes. The father of three admits that it was slower than his other runs because he had to stop for a few minutes to take pictures with his supportive friends and church members who cheered him en route to the finish line. He is quick to state that the running time is not important to him. As long as he completes the half-marathon he is happy with that achievement alone. Ed quotes Philippians 3:14 as his inspiration. It says, "I press toward the goal for the prize of the upward call of God in Christ Jesus."

Ed sets himself a training goal every year. He runs five times a week with each run lasting 40-50 minutes. He admits that without setting himself a goal he would not have a strong motivation to train hard. 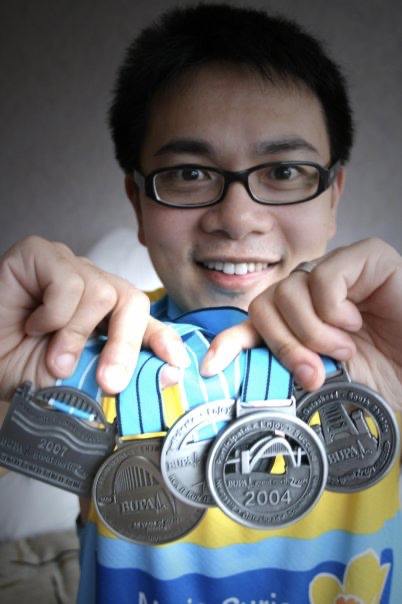 Over the years, Ed has run and raised funds for different charities such as Prostate Cancer UK, Leukaemia UK, Stroke Association UK, Alzheimer's Charities, British Heart Foundation, Re-Vitalise, Marie Curie Hospice, Martin House Hospice to name a few. He has also raised funds for Newcastle Adventist church's NEWSTART programme in the past. This year he raised funds for the NSPCC.

When asked to give tips to those aspiring to run marathons, Ed said that he develops a running schedule at least 3 months before the race. He starts by running short distances then slowly builds up to longer distances. He states that it's important to always listen to one's body to avoid injuries. Once one develops an injury, it takes a while to heal. To avoid injuries he says one shouldn't push themselves too hard. If one still desires to train for the marathon, they could just run short distances and not exert themselves too much. He says that cooling down by stretching after a run is important to ensure muscles are pliable and responsive in the next run. He runs with a smile on his face and therefore advises aspiring runners to also have a smile on their faces when running. 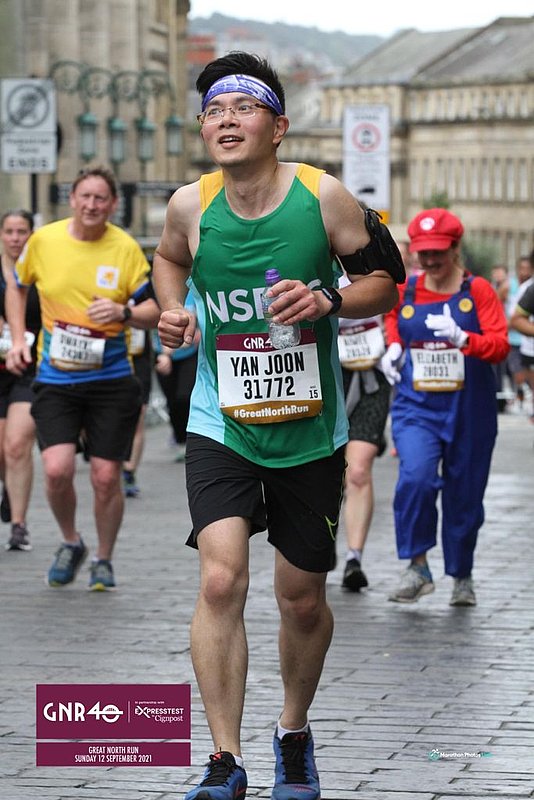 Dr Edmund Chan's family is happy and proud of his achievements especially his little boy, Hosea, who can't wait for his dad to add another medal to the collection. With a committed dad like Ed, Hosea will not have to wait long for that to happen as his dad plans to continue running the GNR marathon and raise more funds for many other charities.