It all started with a birthday present. Ten-year-old Alexander Kenningham had just received a bike for his birthday but the coronavirus lockdown soon dashed his hopes of group bike rides with his friends. He started to ponder – was there a way to use his passion for bike riding to help in some way during the lockdown? After conversations with his Mum and sister, they came up with the Leicester Kids Covid Relief cycle – an individual sponsored bike ride that would collectively raise money for charities involved in Covid relief and support to vulnerable communities. Along with ADRA, The Bridge (a Leicester homeless charity), Rainbows Children’s Hospice and The Sickle Cell Society were selected as beneficiaries of the fundraising efforts.

Word soon spread about the Kids Covid Relief Cycle. Children from across Leicester’s three churches were eager to come onboard and the children also extended the invitation to take part to their school friends and other friends outside of church. Their enthusiasm and eagerness to give back didn’t go unnoticed. Morrison’s supermarket in Leicester was overwhelmed by their effort and granted them with an extended period to fundraise at their tills and petrol stations. BBC Radio Leicester promoted the sponsored bike ride and a school headmistress said she was thrilled that one of her pupils was rallying with other children to do good work.

Kirsty Coxon, Rainbows Community Fundraiser, said: “Without the support of our fundraisers, we would not be able to open our doors to children and young people with life-limiting illnesses. Since the start of Covid-19, we've suffered a huge dent in our income - and we're set to continue incurring significant losses without donations. So, this is fantastic.”

Over 40 children signed up to take part in the 10km sponsored bike ride with the youngest participant being just 5 years old. In a short period, the children have managed to raise £4,162 but they are hoping to meet their target of £5,000.

“I really enjoyed participating,” said Sophia Kenningham “because it meant that we’re helping lots of people in Leicester and all around.” Her brother Alexander Kenningham also highlighted how all of the children’s charitable endeavours were an illustration of Christianity in action: “When you do things for charity, you’re doing God’s work because you’re helping the poor.”

There is still time to support the children’s efforts in reaching their goal and assist the charities who are doing vital work. Donation information and a full list of all of the children taking part can be viewed on the link below: 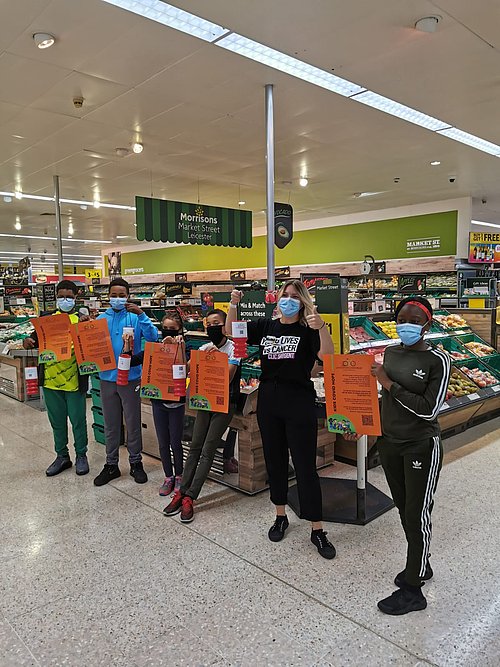